Publisher may launch against former staff after buying local paper 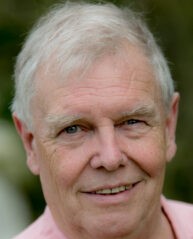 An independent publisher has touted plans to launch against its former staff after buying a local newspaper.

The Blackmore Vale Ltd has confirmed it is considering either acquiring or launching new titles in Wiltshire, Somerset and Devon following the completion of a deal for the Purbeck Gazette.

The announcement of the deal comes after The Blackmore Vale Ltd lost Miranda Robertson and Karen Bate, editor and news editor respectively of its publication The New Blackmore Vale, after the pair decided to launch The West Dorset Magazine.

Mr Armishaw said: “We are in discussions with another party in Dorset at the moment and further afield.”

Discussing the launch of The West Dorset Magazine, he added: “Bridport, Dorchester and Weymouth is an area on our list we would like to move into. It will be interesting to see how other publications get on.”

Discussing the deal to buy the Gazette, he said: “We are really excited about bringing the Purbeck Gazette title under the umbrella of our flourishing publishing business.

“The New Blackmore Vale and the New Stour & Avon have gone from strength to strength under our leadership. We very much look forward to working closely with the Purbeck community as we continue to publish their much-loved community paper.”

David Armishaw, who is also a director of the business, added: “The Purbeck Gazette was conceived and started by the Purbeck community over two decades ago and has a solid reputation for quality editorial and ethical publishing standards.

“We will continue running the paper under the same ethos and are delighted that the highly popular editorial contributors will be staying on-board, writing for an expanding audience who remain eager for quality publishing in their local area.”

Mr Armishaw, 67, now intends to increase the Gazette’s pagination to 64, the same as the New Stour & Avon, and publish fortnightly from the middle of March.

Nico Johnson, the Gazette’s current owner and editor, will remain as an editorial contributor but is seeking a full-time position elsewhere after 21 years with the newspaper.

The Gazette, which covers the Isle of Purbeck with 20,000 copies distributed every month, was launched as a community title in 1998 following the closure of the Purbeck Independent, with Nico joining the title three years later as a part-time journalist and then sub-editor.

Tindle Newspapers bought the Gazette in 2004, but six years later Nico herself, by then editor-in-chief, took ownership of the paper under the Purbeck Media Ltd name.

Said Nico: “Having worked at the Purbeck Gazette for over 20 years, and having owned the title for over a decade, I am thrilled that Lloyd and David Armishaw have now taken the title under their wing.

“Lloyd and David truly understand the importance of community newspapers and I am excited to have been able to facilitate the addition of the Purbeck Gazette title to their blossoming publishing business. I have no doubt that the title is in safe hands for many decades to come.”

HTFP has approached The West Dorset Magazine for a comment.