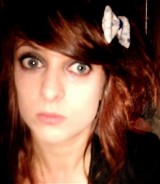 A regional daily political editor hailed as one of the best journalists in the country is leaving her role to join a national newspaper.

The Financial Times has unveiled Jen Williams, of the Manchester Evening News, as its new Northern England correspondent.

Jen, a past Specialist Writer of the Year winner at the Regional Press Awards, is currently politics and investigations editor at the MEN.

Her move was announced by FT Whitehall editor Sebastian Payne, who described her as “one of the best journalists in the land”.

Sebastian posted on Twitter: “Could not be more thrilled that Jen Williams is joining the FT as our new Northern England correspondent.

“Chuffed that one of the best journalists in the land is joining our merry band – expect top coverage on levelling up, mayors and much more.”

Jen later tweeted: “After eleven and a half years, hundreds of council meetings and what I’m pretty confident has been literally millions of Andy Burnham press conferences, I’m waving goodbye to the wonderful Manchester Evening News, to join the FT as northern corr.

“It’s an amazing opportunity but just want to say first what an absolute privilege it’s been to work at the MEN.

“Anyone who says regional/local news is dead is wrong. We’ve tried – and the MEN will continue to try – to show just how important it is for our communities to be seen and heard, rather than taken for granted or dismissed; hopefully I can do something over a wider area for the FT.”

Jen, pictured, has previously had a number of run-ins with national journalists and media outlets. In 2018, she publicly criticised London-based titles for being slow to pick up on regional stories and hit out at Guardian writer Owen Jones the same year, telling him he was “not a journalist”.

Two years later, Jen accused political blog Guido Fawkes of being a “d***” after it claimed news about Greater Manchester Police being put into special measures was “breaking” – almost three hours after she had first revealed it.

Jen has long been courted by national newspapers but opted to stay with the MEN as she wanted to remain in the North.

Her appointment was welcomed by other journalists posting on Twitter in response to Sebastian’s announcement.

BBC political correspondent Chris Mason described it as a “brilliant appointment” while  LBC presenter Iain Dale said he was a “huge admirer” of Jen’s work.

And Matt Tee, the former boss of IPSO, tweeted: “That is an amazing appointment. Nationals have been trying to prise Jen away from the MEN for years. She’s a great addition to a very strong team at the FT and they’re very lucky to get her.”