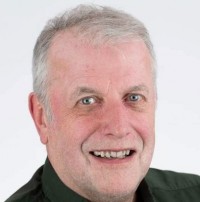 Journalists who were involved in a project promoting the use of newspapers in education are being sought for a reunion.

The reunion is being held to mark 25 years since the end of the Newspapers in Education programme, which ran from 1990 to 1997.

The event is being organised by George Kelly, who managed the programme and was also deputy head of development at the Newspaper Society, in association with his friends Gary Matthews, former managing director at Herts & Essex Newspapers, and Wendy Winstanley, an award-winning NiE coordinator.

NiE was launched to promote the active use of newspapers in support of teaching and learning in the classroom, with the further aim of engendering the habit of regular newspaper use among young people.

George, pictured, told HTFP: “We worked with our newspapers to develop ‘a more knowledgeable, literate and understanding future society’, and one that would be news users.

“We regarded our role as vital to the future of a struggling industry and were an extremely close-knit team.

“Sadly, the years have pushed many of us in different directions.”

George is now director of the News Foundation, which seeks to “provide opportunities for young people of all abilities to access news of all forms and through all media in a relevant way.”

He has so far successfully contacted 25 people who worked on the NiE programme ahead of the reunion, which will be held at the Holiday Inn, Coventry, on 30 September.

Anyone involved in NiE in the 1990s, or who knows someone who was, is asked to get in touch with George at george@news-foundation.com.