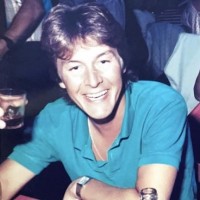 A journalist who served two regional dailies before going on to Fleet Street has died aged 64.

Richard Orchard worked as a sports journalist on the Oxford Mail and Portsmouth daily The News, later working for The Sun.

At The Sun, he worked his way up to deputy chief sports sub-editor.

Richard, pictured, retired in 2012 following the Olympic Games in London.

A couple of years later, Richard moved to Oxford and then Portsmouth, where he began to specialise in sport.

In the mid-1980s he started as a casual sports sub-editor on The Sun.

He was offered a staff job when the paper moved to Wapping in 1986, where he remained until his retirement.

Richard, who died after a short illness, is survived by his partner Lorraine, her sons Dale and Adam, his mother Barbara and brothers Mark, David, Peter and Stephen.