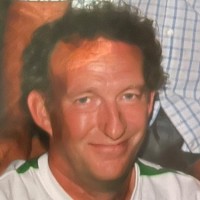 Tributes have been paid to Alan Cameron, who worked for titles including the Yorkshire Evening Post, Edinburgh Evening News and Bradford Telegraph & Argus during his career.

Alan, pictured, served as production editor on the Telegraph & Argus and the chief sub-editor on the Evening News before returning to Yorkshire with the Leeds-based YEP, where he rose to become assistant editor.

He was diagnosed with cancer last year and died in hospital in London after a short illness.

Former YEP editor Paul Napier told his old newspaper: “Alan was an immensely creative, talented production journalist with a keen sense of what was needed to turn a good story into a brilliant one.

“He had a knack for building beautiful pages, guaranteed to catch the eye.

“While he was proud of starting out in the regional news business at a time when print was all consuming, he became a keen advocate of the opportunities presented by digital technology and was closely involved in the development of the Evening Post’s website.

“Alan was a great presence in the newsroom in Leeds and will be remembered very fondly by his many colleagues and friends on both the Yorkshire Evening Post and its sister, the Yorkshire Post.”

Ex-EEN editor John McLellan told the paper: “Alan was a key member of the Evening News team in the late 90s and very much a part of the paper’s success at a time of intense competition.

“His combination of professional skill, down-to-earth common sense and genuine love for his colleagues made him a natural leader in the production team. Like all his colleagues past and present I was extremely saddened by his untimely passing.”

Glasgow-born Alan’s first experience in journalism came at a newspaper in Gibraltar, where he had a summer job while studying English and classical literature at the University of Edinburgh.

After graduating, Alan was a civil servant in Edinburgh for a short spell before moving to Preston in 1987 to study journalism.

He joined the Newton and Golborne News in 1987 as a reporter, leaving two years later to become a sub-editor on the Chester Chronicle.

Alan then worked on new evening paper Chester Tonight before joining the Aberdeen Evening Express as a sub-editor.

He moved south in 1992 and worked for the T&A prior to a short spell as communications manager for Railtrack, based in York.

At the YEP, he was initially a sub-editor, later becoming deputy production editor and assistant editor, overseeing all aspects of the newspaper’s production.

Alan later moved to Norway to work for Upstream Oslo, a media company specialising in publications for the oil and gas industry. In recent years he was based at the company’s London office.

He is survived by his daughters Sally and Rose, sisters Moira and Anne and brother John.