Journalist retires after covering patch for almost half a century 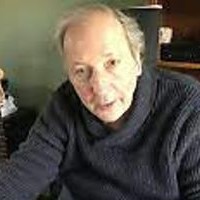 A journalist has retired after covering his patch for almost half a century.

Julian Makey has said farewell to the Hunts Post following a 47-year career in the regional press.

Julian, pictured, first joined the Post in 1975 as a trainee reporter and spent nine years there.

He then moved to the Cambridge News, which had an office in Huntingdon, spending more than 30 years with the daily title before returning to the Huntingdon-based Post five years ago.

In a farewell piece for the Post, Julian wrote: “Like most other would-be journalists at the time I envisaged a career progression beginning with a couple of years at my local paper, moving on to a bigger provincial newspaper and then Fleet Street, possibly ending up as a war correspondent.

“Instead I found myself at a desk a few feet away from where I spent most of my formative years at the Hunts Post and am now retiring after more than 45 years in a job which has taken me to the Prime Minister’s flat in Downing Street, to patrolling the streets of Londonderry with the Royal Anglians during The Troubles and to meeting hundreds of local people across Huntingdonshire.”

He added: “Over the years I have seen the job change from the end of hot metal – in which print was put together using molten lead – through to digital technology and the introduction of computers.

“I could do most of my job now using a mobile phone, although a notebook and pen have remained a constant throughout.

“I have written about people at their best and at their worst and will miss that, having spent a lifetime doing a job which rarely seemed like work.”