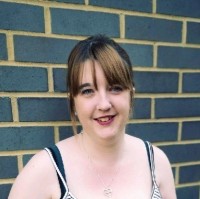 A journalism student has revealed her “delight” after being chosen as the only UK speaker at a United Nations conference.

Kira Gibson, who studies at Leicester’s De Montfort University, was selected to ask a question at the conference marking World Press Freedom Day.

Kira, pictured, “literally screamed with delight” when she opened her emails to be told she had been selected to put her question to a panel discussing press freedom.

The third-year student from March, in Cambridgeshire, has now thanked journalism trainers at DMU who alerted her to the opportunity.

She said: “I guessed there would be hundreds of other students doing the same and sending off a question. But I am so glad I picked up the post from my lecturers on the DMU Journalism Twitter account.

“They tell us to follow Twitter as it is a source of opportunities and stories and they are right.”

Kira’s question to a panel of journalists and academics wanted to know how to bring back trust in news organisations and to start trusting what journalists are saying following years of misinformation.

Discussing her future plans, she added: “If all goes according to plan I aim to be working at a newspaper or magazine somewhere writing features.

“But I would also like to do a master’s degree in journalism at DMU. I know all the lecturers and have had such an enjoyable time.

“The course and the lecturers have brought me out of my shell. One of the favourite parts of the course was when I wrote about a campaign to get asthma inhalers free on the NHS.

“I want to use my position as a journalist to have a campaigning voice and highlight issues. Journalists have a platform to do that and I want to make a difference.”