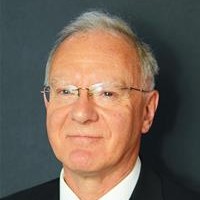 A councillor made a privacy complaint to the press watchdog after a regional daily published information that was already in the public domain.

The Independent Press Standards Organisation rejected the complaint from Councillor Nigel Brooks after the Bournemouth Echo published details from an email he had sent to the chair and deputy of BCP Council, the unitary authority responsible for Bournemouth, Christchurch and Poole.

Cllr Brooks, pictured, claimed the correspondence had been private and intended solely for the use of the individuals to whom it was addressed.

But IPSO sided with the Echo after the newspaper argued the contents of the email had already been raised by another councillor during a previous public meeting.

Complaining under Clause 1 (Accuracy), Clause 2 (Privacy) and Clause 3 (Harassment) of the Editors’ Code of Practice, Cllr Brooks claimed the content of the email was not intended for public consumption and said it was published without his consent or permission.

He also alleged there were several inaccuracies in two stories run by the Echo, which the newspaper denied.

The Echo also said Cllr Brooks did not have a reasonable expectation of privacy in relation to the communication that he shared with the chair and his deputy.

It was not marked as confidential, nor did it relate to a personal matter, but related to his work as a councillor.

In addition, the contents of the e-mail had been raised by another councillor during a public meeting seven days prior to the story being published.

The Echo further argued that there was a clear public interest in reporting the contents of the correspondence as it would protect the public from being misled by the actions and conduct of elected representatives.

Taking into account these points, IPSO concluded the councillor did not have a reasonable expectation of privacy over this correspondence and found reporting its contents did not intrude his privacy.

The Committee also found no breaches of Clause 1 or Clause 3.