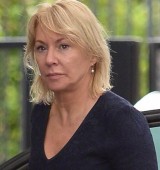 Industry leaders have welcomed assurances from the government that news content will be exempt from regulation under its Online Safety Bill.

The Bill, which was published yesterday, is intended to improve internet safety by creating a new duty of care for online platforms towards their users, requiring them to take action against harmful content.

In a press release announcing the publication of the updated Bill, the Department for Digital, Culture, Media and Sport reiterated its commitment to protecting journalistic content and said that “news content will be completely exempt from any regulation under the bill.”

And writing on the Conservative Home website earlier this week, Culture Secretary Nadine Dorries, left, promised “extra protections” for journalists and said the government had “every intention” of further strengthening protections during the passage of the Bill.

Dawn Alford, executive director of the Society of Editors, said that it would be holding the government to its stated intentions and called on it to publish amendments “at the earliest opportunity”.

Said Dawn: “Since the publication of the Online Harms White Paper in 2019, the Society has campaigned for a broad and workable exemption for journalistic content to be included on the face of the Bill.

“The Society thanks the government for listening to the concerns of the industry as well as the recommendations of two committees that expertly scrutinised the Bill.

“As recognised by the Culture Secretary, the Bill does not, in its present form, do enough to protect legitimate journalistic content and further amendments must be added as a matter of priority if the government is to fulfil its manifesto pledge of defending freedom of expression.

“What we now need to see is additional safeguards to protect journalistic content from take-down by broad-brush algorithms and it is essential that any appeals process reflects the fast-paced nature of news.

“While we welcome the government’s “every intention” of further improving the requirements to safeguard journalistic content, what this must translate into is robust and workable protections that work for the industry as a whole and that are published and open to scrutiny at the earliest opportunity.”

Owen Meredith, chif executive of the News Media Association added:”The NMA and our members have consistently stressed the importance of a robust, watertight and workable exemption for news publisher content from the new regime to crack down on online harms.

“The exemption is required to ensure access to trusted news and information online and that journalism does not become subject to additional unnecessary layers of regulation which would have disastrous consequences for freedom of speech.

“We are pleased that the government has listened to these concerns and confirmed it will address them by bringing forward further measures during the passage of the Bill. It is vital these commitments translate into a robust and workable exemption on the face of the Bill at the earliest possible opportunity.

“We will monitor the progress of the Bill closely as it makes its passage through Parliament.”