A student accused of racially abusing a woman online has had his complaint against a regional daily rejected by the press watchdog.

The Independent Press Standards Organisation threw out the complaint against the Edinburgh Evening News after it reported the University of Edinburgh was investigating Bodgan Nita over the alleged racism incident.

After an investigation, IPSO found there were inaccuracies in the EEN’s coverage of the story but it was not deemed that these were significant enough to warrant any action under the Editors’ Code of Practice.

The News had reported Mr Nita was being investigated by the university, after having been accused of racially abusing a woman online. 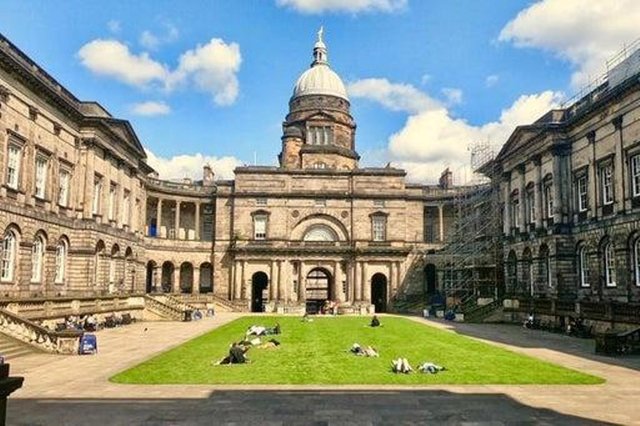 The University of Edinburgh

The newspaper added the exchange had occurred on Facebook, and that following this, the accuser had been blocked from [Mr Nita’s] account, which changed its display name from Theodor Nita to Theodor Nitsch and removed Mr Nita’s profile picture.

Two accompanying photograph captions noted the Facebook account in Mr Nita’s name had “changed three times since the incident” and that he had “recently been removed from the university’s website”.

But, complaining under Clause 1 (Accuracy), Clause 2 (Privacy), and Clause 14 (Confidential sources) of the Code, Mr Nita said he had never had an account or profile on the website and provided correspondence from the university confirming that “no professional web page was set up in [his] name during [his] PhD studies in the School of Literature, Languages and Cultures during the period from September 2018 and September 2021”.

He also said it was inaccurate to claim his name had changed on the Facebook profile three times since the incident because he had never held a Facebook account under his real name, Bogdan Nita, adding the inclusion of photographs of him and screenshots of his social media accounts intruded into his privacy.

Denying a breach of Code, the EEN said Mr Nita’s details had been listed on the University of Edinburgh’s Department for Literatures, Languages and Culture website when it had begun researching the story but were subsequently removed, adding it did not report that a “professional web page” had been created in his name and that it did not contend that one was.

The News accepted it was inaccurate to claim the Facebook account in Mr Nita’s name has changed three times since the incident but did not accept that this constituted a significant inaccuracy.

The paper said its reporter was able to access the photos as an ordinary member of the public and thus did not represent an invasion of privacy.

IPSO found Mr Nita’s name had only ever appeared on one page of the university’s website, on the profile of his supervisor, and during IPSO’s investigation the News accepted that this was the page to which the story referred.

The Committee noted his details still appeared on his supervisor’s profile and that the story was inaccurate in reporting that they had been removed from the university’s website.

However, it did not consider that the inaccuracy was significant in circumstances where the story made explicitly clear that the university’s investigation into the matter was “ongoing”, and accordingly that a finding had yet to be made in respect of the allegation.

IPSO did not consider that the difference between two and three different names on Facebook was significant, in circumstances where the focus of the story was on the allegations made against Mr Nita and the ongoing investigation, and where it was accepted that he had used three names in total across his social media profiles.

The Committee further found he did not have a reasonable expectation of privacy in respect to the images and publishing them did not constitute an intrusion into his private life.