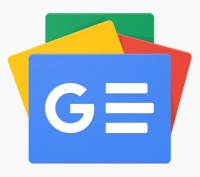 More regional newspapers and websites are to receive payments for their content from Google, it has been revealed.

Iliffe Media has extended its partnership with the Google News Showcase, launched last year by the technology giant in association with a number of UK publishers.

Iliffe’s Kent Online publication was among 120 publications signed up to the programme when it started in February 2021, but the company has now revealed more of its titles are set to benefit.

The Cambridge Independent, Newark Advertiser, Stamford Mercury, Grantham Journal and Lynn News are among the Iliffe-owned newspapers now involved, along with Spalding Today, which is the website of the Lincolnshire Free Press and Spalding Guardian

Papers jointly-owned by Iliffe including the Inverness Courier and the New Milton Advertiser and Lymington Times are also included in the deal as well as the Newbury Today website of the Newbury Weekly News.

Iliffe editorial director Ian Carter, pictured, told HTFP: “We are pleased to be expanding our relationship with Google, and view Showcase as a really important initiative.

“It’s important for publishers to work with platforms on initiatives that can ensure a sustainable future for independent journalism.”

As part of Google’s licensing agreements with publishers, it is also giving readers the ability to access selected paywall content.

Other publishers involved in the Showcase include Archant, DC Thomson, the Midland News Association, Newsquest, JPIMedia and Reach plc.