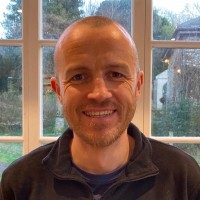 A former regional journalist is calling for reporters to share the best stories they landed from social media to complement his book about newsroom “walk-ins”.

Alex Morrison has launched the appeal after previously urging journalists to share their experiences of newspaper office reception encounters.

HTFP reported in January how Alex, former chief reporter on the Crawley News and news editor at the Dorking and Leatherhead Advertiser, had started work on the book with the working title ‘There’s Someone in Reception’.

As part of the project, he is now also seeking views on whether social media has replaced the walk-in.

“I’ve interviewed more than 25 current and former journalists for the book so far, and I’m hoping to hear from many more.

“Reporters seem to be split down the middle between those who loved walk-ins and those who would flee down the fire escape to avoid them.

“However, most seem to agree that walk-ins are, or were, an important source of stories, and a valuable link to the local community.

“Cuts, closures and Covid have obviously made walk-ins less common – although I have some cracking recent examples. But great stories are still out there.

“According to some reporters I’ve spoken to, social media fills the gap left by the walk-in – providing a rich source of stories for those who know where and how to look.

“These can be followed up by phone or in person – and readers don’t care whether a story came from a walk-in or a tweet.

“I’d like to hear about amazing stories that came in via social media or email – and of course I’m still after old-fashioned walk-ins and ring-ins too.”

Stories he has received so far include people reported as being dead turning up in reception and readers walking in with props to back up their stories – including human skull fragments, a bag of bats and a grenade.

Alex added: “The book will also include important stories of crime and abuse of power that were uncovered thanks to walk-ins.

“I’d love to hear from anyone who has worked in local newspapers – including the long-suffering reception staff who provided the first line of defence.”

Anyone interested in contributing to the book can get in touch with Alex on Twitter or by email at alex.morrison@hotmail.co.uk.