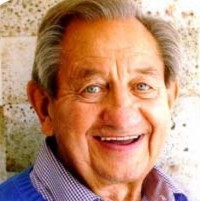 A 100-year-old former regional journalist has been awarded almost £20,000 in compensation after suffering life-changing injuries.

Brighton and Hove City Council was ordered to pay the sum to Derek Granger, who dislocated his shoulder and badly tore his shoulder muscle when he fell over a trailing wire in a crematorium.

A judge at Brighton County Court found the council’s evidence was “unhelpful” and “unsatisfactory” after the authority tried to claim Derek, who was 95 at the time of the fall in June 2016, collapsed due to old age.

Derek, pictured, worked for Brighton daily The Argus and the Sussex Daily News before being headhunted by the Financial Times to be its first drama critic in 1952.

He went on to work for Granada TV, producing Coronation Street and later becoming the channel’s head of drama.

In court, Mr Justice Sullivan said he could not understand why the local authority fought the case in court for six years while praising Derek as a “stoical gentleman”.

A Brighton and Hove City Council spokesman told The Argus: “This was a county court personal injury claim made by an individual who was claiming damages following a tripping incident.

“The council’s insurers took the decision to defend this civil personal injury claim based on the witness evidence available about the incident.

“The judge found in favour of the claimant.

“We are extremely sorry for the distress caused to Mr Granger and for the length of time this matter has taken to conclude.

“This was due to court delays beyond the council’s control.”

James Palmer QC, of Henderson Chambers, said: “Brighton and Hove City Council denied that there was any cable present and in their pleaded case (although abandoned at trial) claimed it was Mr Granger’s own fault that he fell and was badly injured.

“Mr Granger’s case was upheld by the judge who accepted the evidence of his witnesses and said that it appeared to him that witnesses for the defence ‘were somewhat affronted’ by the suggestion that they might have been involved leaving the cable in a dangerous position: although they were adamant that there was no cable present he could not accept their evidence on this and other points.”