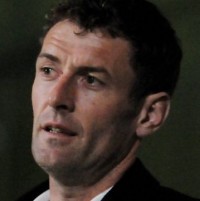 A former international footballer says he is “honoured” to become a columnist for a regional daily.

Chris Sutton will write a weekly column for the Eastern Daily Press and Norwich Evening News, which will also be available to paying subscribers of publisher Archant’s Pink ‘Un + app.

He also won a single cap for England, against Cameroon, in 1997.

Since retiring, Sutton has been a regular pundit on BBC Radio Five Live and BT Sport, and has columns in the Daily Mail and the Daily Record.

Posting on Twitter on Monday, he wrote: “I was always really excited waiting for The Pink ‘Un to come out on Saturday nights from the days when my dad played for Great Yarmouth Town.

“Times have changed a bit but it’s an honour to sign up for this brilliant local football paper. Looking forward to getting started.”