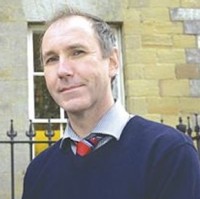 An editor has hit out at what he called a “trail of destruction” wrought across the regional press after marking a decade in his role.

Andrew Mosley, who edits independent weekly the Rotherham Advertiser, has criticised what he termed “corporate nonsense” at larger publishing groups after marking the milestone.

In an editorial, Andrew reflected on the changes he has witnessed in the industry over the past decade, taking a particular swipe at what he termed “a trail of clickbait and news that doesn’t pay.”

Andrew, pictured, took charge of the Advertiser in June 2012 after moving from the Bolton News, where he was assistant editor.

Reflecting on the 10 years since, Andrew wrote in the editorial: “We have upset many – usually those on the wrong end of court stories – and delighted others, while never forgetting that the reason we exist is to hold authority to account and to fight for the people of Rotherham, reporting on positives as well as negatives.

“I wanted to work here because the Rotherham Advertiser is a rare independent voice among a sea of corporate nonsense governed by how many clicks a news organisation can tempt from those unwilling to shell out for news but happy to comment on every story they can find for free.

“Many of those newspapers have gone to the wall and left behind a trail of destruction for those who continued to fight. A trail of clickbait and news that doesn’t pay, causing redundancies and newspaper closures across the country.

Speaking to HTFP, he noted that the industry was already “changing a lot” by the time he arrived in Rotherham.

Said Andrew: “Previously the job had been seen as an ambassadorial role and the editor went out to Rotary meetings and the like and had a secretary. All that changed.

“Also, we were well behind the times regarding social media, but that wasn’t a bad thing as our readers still strongly identified with the print product.

“We had to adapt though as others around us were giving away their journalism and Rotherham stories going free on other platforms affected us.

“We have managed to remain strong in print while taking on social media and kept a robust team, which now works from the town centre, concentrates on holding authority to account and maintains its independence, which the paper has held for almost 165 years.

“It’s hard to persuade people of the value of local newspapers but I’m determined we will keep up the fight and attempt to persuade as many others as possible to join us in doing so.

“I never thought I would edit a newspaper and then doubted my ability to last, certainly not for 10 years, but having a really good team around you certainly helps.”