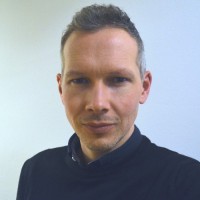 An editor has touted “ambitious plans” for investing in journalism in his title after hitting an eight-figure web target two months ahead of schedule.

Its total of 10.2m views made the site the second most-read in JPI’s portfolio last month after that of The Scotsman.

NationalWorld was launched in March last year with a team of 27 journalists based entirely outside of London.

Nick, pictured, said: “It’s extremely encouraging that NationalWorld is reaching a significant audience within its first year, and exciting to see how well received it’s been so far.

“We have ambitious plans in place to establish NationalWorld’s position in the UK news market in 2022.

“By investing in our brilliant team, we’ll be able to produce more investigative and political journalism alongside incisive explainers and quality sports, culture and lifestyle coverage.

“We believe that this offering, alongside continued refinement of our digital products, will attract a growing and increasingly loyal readership.

“It’s been great to see such a positive reaction from readers, whose views and habits are at the forefront of our plans for growth.”