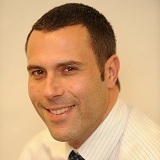 A former editor has returned to the regional press after a break of almost six years from the industry.

He ran the Llanelli Star between 2009 and 2013, having served as news editor at the South Wales Evening Post prior to that.

He left the Somerset titles in 2016 to become online editor with Select Science, a global online publisher working with scientists and manufacturers across the world to “make the future healthier”.

Bede has now joined Gloucestershire Live after leaving his role at Select Science in November.

Jacqui Merrington, Reach’s audience and content director for the South-West, told HTFP: “It’s great to have Bede back in the South-West.

“He brings a wealth of news and leadership experience from his previous roles in our print operation and on the specialist publications he’s worked on outside the business.

“He has already had a great impact in Gloucestershire, thanks to his passion for local news and storytelling and ability to connect with people and audiences.”