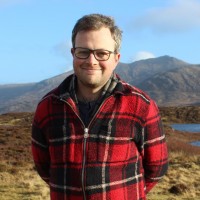 An independent newspaper’s editor is leaving his “dream job” after almost a decade in charge to join a national daily.

Iain Stephen Morrison has announced his departure from Am Pàipear, which he has run since October 2012, to join Newsquest’s pro-Scottish independence daily The National.

Iain, pictured, will be working on a new project for the Glasgow-based title from April, although it has not yet been revealed what his role will entail.

His current job is being advertised on HTFP here.

Speaking to HTFP, the 35-year-old said his time in charge of Am Pàipear, which is based in the Outer Hebrides, had been “some ride”.

Iain said: “It’s quite jarring to look back and think when I started we hadn’t had the Scottish independence referendum, there was no Brexit and Covid-19 was unheard of.”

He added: “Running a local paper must be a dream job for lots people and it certainly has been for me.”

Iain began his career in 2009 working for the BBC’s Gaelic language news service, before joining Am Pàipear three years later.

Discussing his time at Am Pàipear, he said: “The thing I’m most proud of is we made it through the pandemic, and 2020 in particular.

“The impact was absolutely crippling and totally devastating, but we were there for people and recorded the experience of those people.

“More than that, we used the time to reimagine the business and think about what we’re going to be in future, not just to survive Covid but to be relevant and sustainable moving forward.”