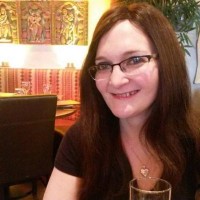 Two editors have joined forces to launch a new regional investigations unit – creating a new journalism job in the process.

Newsquest’s titles in the North-East of England and Cumbria have announced the new venture, which will see former Newsquest data unit head Joanna Morris rejoin the company.

Northern Echo group editor Karl Holbrook and Vanessa Sims, group editor of Newsquest Cumbria, have united to launch the project, which aims to “develop hard-hitting campaigns” across their titles.

Teesside-based Joanna, pictured, will serve as the titles’ investigation editor from March.

She was previously a reporter at the Darlington-based Echo for several years and ran Newsquest’s data unit from its inception in 2019, before joining the PA’s RADAR data and robot reporting project last year.

Said Joanna: “It’s a dream job to be taking on the role of investigations editor across such historic and well-regarded titles.

“As a reporter, I’ve always been inspired by the campaigning and investigative spirit of my old paper The Northern Echo.

“It’s an honour to be given the opportunity to build upon that history by working with excellent reporters to tell in-depth stories about the issues that matter and make a difference to communities across the North-East and Cumbria.”

In addition to the Echo, South Cumbria daily The Mail and the Carlisle News & Star, other titles involved in the project include the Cumberland News, Westmorland Gazette, Darlington and Stockton Times and others across the North East and Cumbria.

Joanna, who previously underwent training with the BBC shared data unit, will lead and project manage investigations across the group’s titles in the North East and Cumbria.

As well as conducting investigations herself, her role will also include working with and training other journalists in both regions to conduct their own investigations.

Karl, who this week announced his departure from the Northern Echo to join the Daily Express as executive editor later in the year, said: “Since the days of the great Harold Evans, The Northern Echo has a proud tradition of investigative reporting.

“We are proud to keep this tradition alive today and I’m so excited to be able to get this new position over the line during my tenure.

“It’s been a long-held ambition to create a dedicated role like this and I couldn’t be happier that we are partnering with our fantastic titles in Cumbria to make it happen.

“Proper investigations are the lifeblood of a quality news operation – but they are too often the first thing to go when things get tough.

“Joanna is an excellent journalist who knows how to crunch data like a scientist, and crucially, how to bring that information to life with real, human interest and a social conscience.”

Vanessa added: “Investigative reporting is in the DNA of our Cumbria journalists and newspapers. We are very proud to be joining forces with The Northern Echo and to deliver another level of analysis on the issues that matter most to our readers.

“We are very much looking forward to welcoming Joanna to the team and developing unique and exciting content readers will be unable to put down.”