A clock installed to mark a regional daily’s 100th anniversary is set to be restored to full working order.

The South Wales Echo clock has been removed from its usual place on Queen Street, in Cardiff, so electrical works can take place on it.

The free-standing cast iron clock was placed on Queen Street in 1984 as part of the Echo’s 100th anniversary celebrations.

According to the Echo’s Wales Online sister website, the clock will be reinstalled when the works are complete. 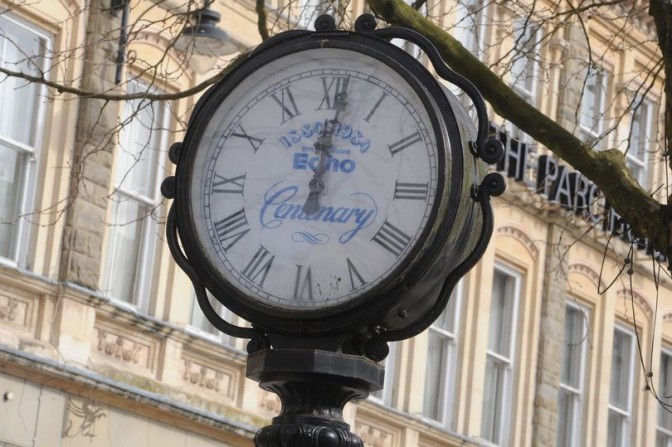 A Wales Online story states: “So, what has happened to the Echo centenary clock and when will it return to Queen Street?

“It was found that the clock required a new power connection, which Cllr Russell Goodway said was being addressed as part of works to lighting columns in the city centre last year.

“The Echo clock is still being repaired and will be ready to be installed when the electrical works are completed by Western Power.”