A regional daily has produced a print special marking the last series of a renowned television drama set on its patch.

The Birmingham Mail has produced the 16-page supplement dedicated to Peaky Blinders, the sixth and final series of which begins on Sunday.

The BBC series, set in an alternative history between the two World Wars, follows the lives of Birmingham gangsters inspired by the real-life ‘Peaky Blinders’ gang. 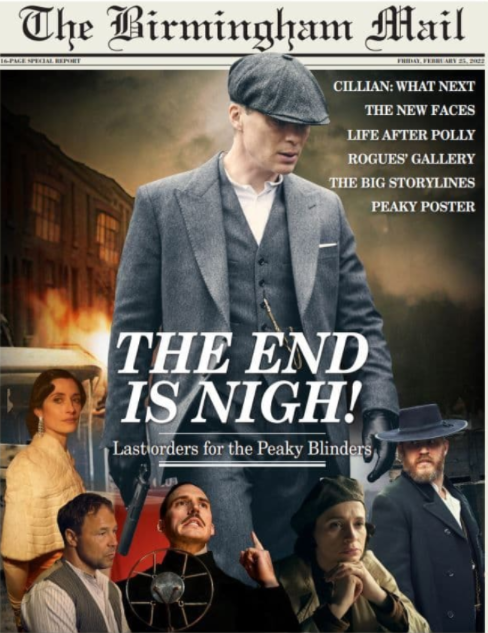 Editor Graeme Brown told HTFP yesterday: “The people of Birmingham have taken Peaky Blinders to their hearts – and we’re the same at the Birmingham Mail and Birmingham Live.

“You don’t hear as many Brummie accents on television as we’d like, so it’s been great to have a series written by Steven Knight, who is one of our own, which celebrates our voices.

“I like to think there is a bit of a Brummie accent renaissance going on – what I love about the show is the characters with our accents tend to still be alive at the end.

“Friday’s Birmingham Mail will be very special, with 16 pages on the show and its history and we’ve also launched Shelby Times – a newsletter for Peaky Blinders obsessives with the new series coming and a movie to follow.”