A regional daily has paid tribute to a much-loved football manager after his sacking.

The Yorkshire Evening Post has given a fond farewell to Marcelo Bielsa after he parted company with Leeds United.

Mr Bielsa had run United since 2018, winning promotion to the Premier League in 2020 after a 16-year absence from England’s top division.

But his sacking came after a run of four straight defeats in the league in which United have let in 17 goals. 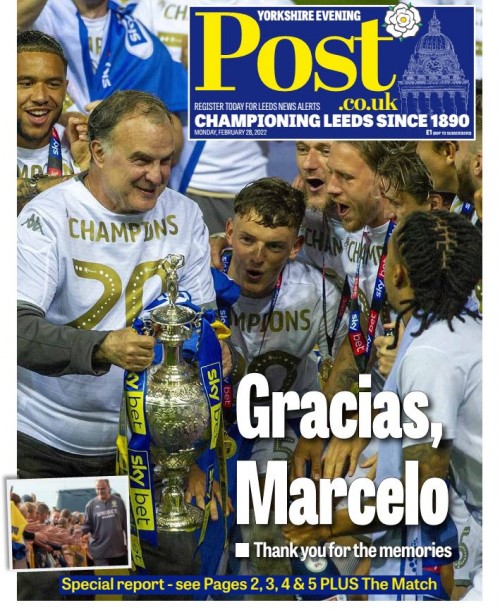 A front page headline in the Argentine coach’s native Spanish was accompanied by a four-page special report and more coverage in the YEP’s ‘The Match’ section yesterday.

Editor Laura Collins wrote in an accompanying leader column: “His icon-like status around the city and the many murals dedicated to him speak volumes about the sheer adoration of a city who adopted him.

“This winning combination made magical things happen both on and off the pitch. He was the man who helped to achieve what so many other managers couldn’t.

“It wasn’t just about the club’s promotion; he united a city in a way that extended way beyond the terraces – even those who don’t follow football were enthralled by the magic he brought.”

“Thank you for the memories Marcelo – your city will never forget what you have done for us.”