Regional dailies have reflected the anger of their readers after the Prime Minister and Chancellor were both fined for breaking lockdown laws.

Titles across the regional press have splashed this morning on Boris Johnson and Rishi Sunak being issued with fixed penalty notices.

Both have resisted pressure to tender their resignations over the matter.

However, a number of dailies today led on calls for them to do just that from the bereaved families of coronavirus victims on their patches, as well as other politicians. 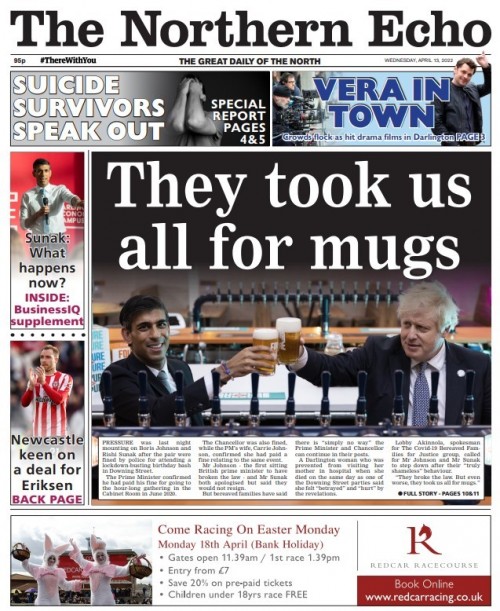 The Northern Echo, which covers Mr Sunak’s Richmond constituency, showed an image of him and Mr Johnson toasting one another alongside the headline ‘They took us all for mugs’. 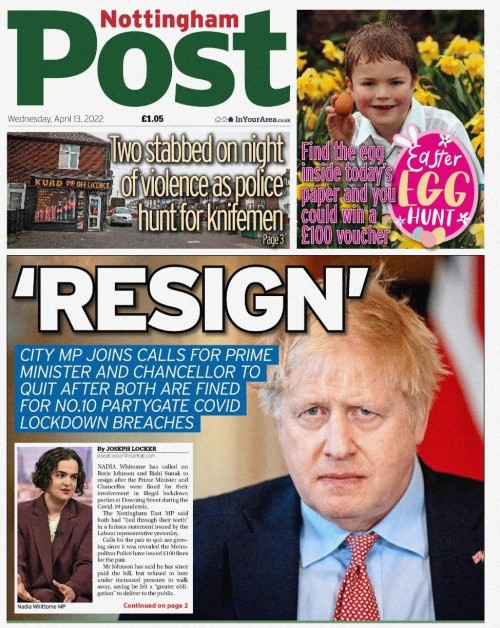 Both the Nottingham Post and the South Wales Echo ran simply with the headline ‘Resign’ to accompany their coverage. 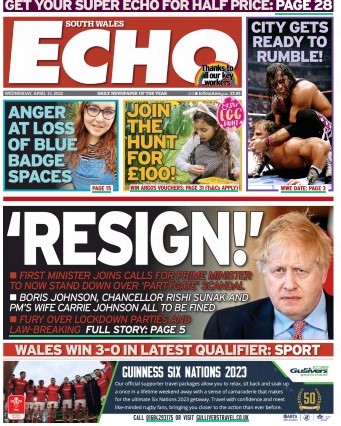 The Derby Telegraph angled its coverage on a publican fined for breaking lockdown rules, who claimed the PM has “no honour”. 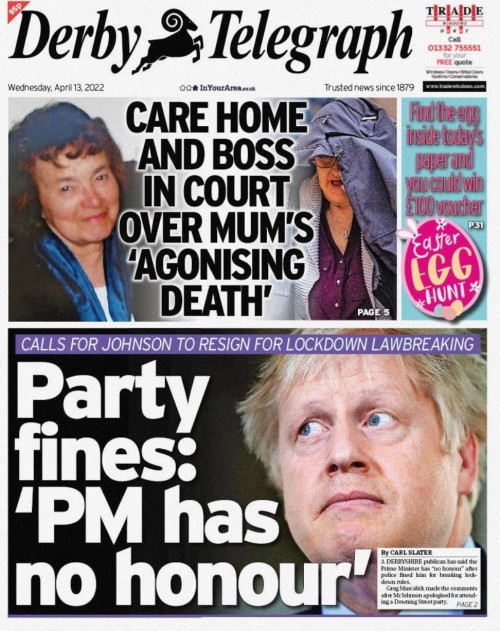 In Newcastle, the Chronicle quoted a bereaved family as describing the news as “a punch in the stomach”. 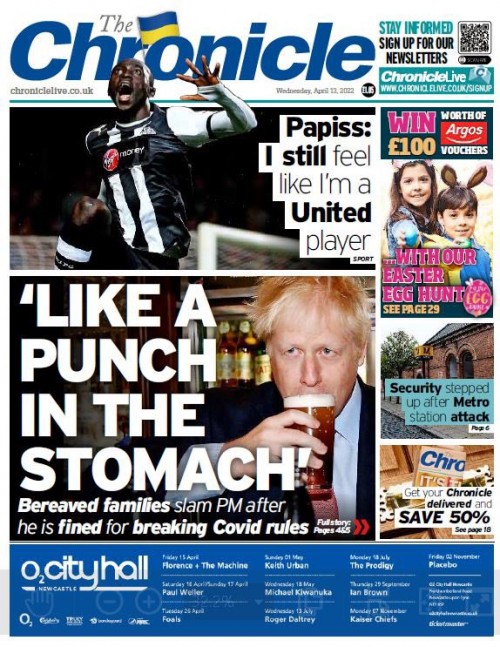 And in Edinburgh, The Scotsman laid out the bare fact with the headline ‘Lawbreakers’. 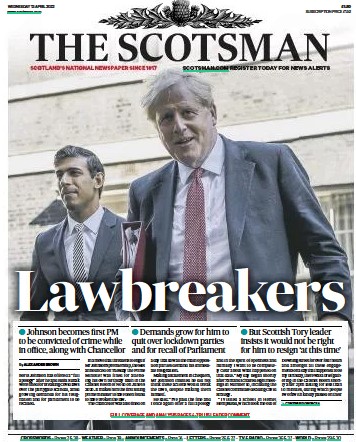