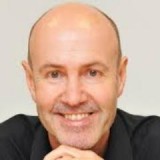 An editor who ran four regional dailies and was described as a “consummate newsman” by former colleagues has died aged 64.

Tributes have been paid to Kevin Booth, who edited York daily The Press, the Peterborough Telegraph, Burton Mail and Leicester Mercury over the course of a career spanning four decades.

Kevin, pictured, also worked at his hometown newspaper The Sentinel, in Stoke-on-Trent, and the Derby Telegraph, as well as serving as the Bristol Post’s deputy editor for a spell.

He died in hospital on Sunday after a short illness.

Mike Lowe, who worked with Kevin at The Sentinel and was later his editor at the Derby Telegraph, said: “This is devastating news. Boothy was a consummate newsman who never shirked any task, however difficult.

“He approached a demanding job with determination, talent and great good humour.

“He was a delight to work with and I learned an awful lot from him. He was also terrific company and a great friend; a lifelong football fan and a passionate champion of the Potteries.

“He will be sorely missed by all who knew him.”

Former Sentinel and Nottingham Post editor Mike Sassi, now editorial director at Nub News, added: “Kev was an excellent journalist and a fantastic colleague. His news sense and his professionalism were second to none.

“He also had a great sense of humour – which always made him popular, both inside and outside of the newsroom. It was a real privilege to work with Kev. He will certainly be missed.”

Kevin began his career in 1974, working on weekly papers in North Staffordshire until 1980, when he joined The Sentinel as a reporter.

After a spell at the Birmingham Evening Mail, he returned to Stoke as chief reporter in 1989 and was deputy sports editor when he left in 1992 to join the Derby Evening Telegraph as deputy news editor.

He followed Mike Lowe from Derby to the Bristol Evening Post in 1997 and was promoted to deputy editor before landing his first editorship at Peterborough in 2000.

Moving to The Press in 2003, he was editor there for five years until losing his job in a 2008 restructuring operation.

The following year he returned yet again to Stoke as deputy head of a West Midlands production hub, based at The Sentinel’s office, before taking up the editorship at Burton later in 2009.

During Kevin’s last editorship at the Mercury, the title won Regional Newspaper of the Year 2015. He left for “personal reasons” in April 2016 after 19 months in charge and later set up his own company called BoothMedia.

Emma Turton, who succeeded Kevin at Burton when he joined the Mercury in 2014, told HTFP: “I worked with Boothy in two spells over the 30 years we’ve known each other – first, starting on the same day at the Derby Tel in November 1992 and then again for five years at the Burton Mail, when it needed a new editor in 2009 and he was between editorships.

“As his deputy, it often felt like it was me and him against the world.

“He was a top editor, a great boss, a brilliant mentor, a fabulous newsman, a thoroughly good all-round bloke and a really good friend.

“Although we moaned (how we moaned) about all the ‘jam tomorrow’ promises, I wouldn’t have missed that time with him for the world. RIP Boothy – you are so missed already.”