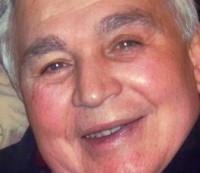 A daily’s chief sub-editor who was a “terrific asset in the newsroom” has died aged 91.

Tributes have been paid to Richard Jacques, who worked for his hometown newspaper the Hartlepool Mail.

Richard, Dickie to friends and family, first joined the paper in 1959 when it was known as the Northern Daily Mail.

He was initially a compositors’ apprentice before his interest in horse racing and his proficiency at subbing the race cards led to a change in jobs.

Former Mail editor Andrew Smith called him a “lovely, quietly spoken gentleman who was a pleasure to work with, a meticulous sub-editor and terrific asset in the newsroom”.

Speaking to the Mail, he added: “As a newcomer to Hartlepool, I often turned to him for his local knowledge and sound evaluation of stories.”

Richard married his wife Jean, who wrote the paper’s woman’s page under the byline Winifred West, in 1964.

They had two daughters, Jan, who became a journalist on national newspapers in London, and Judith, who settled in Bath after her degree at the city’s university.

Jean died in 2016 and Richard spent his last 20 months at a care home in Hartlepool.

Richard passed away last month and his funeral was held on 12 January.