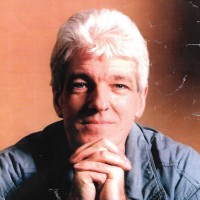 An editor who covered terrorist attacks and the crimes of serial killers during his career has died aged 77.

Tributes have been paid to Alan Wallcroft, described as a “brilliant all-rounder” by former colleagues, who edited the Gloucester News and the Bromsgrove Advertiser.

Alan, pictured, also spent time as deputy news editor at the Worcester Evening News and sports editor of the Malvern Gazette, as well as stints in regional broadcasting.

He died at his home in Powick, near Worcester, on Wednesday.

While at ATV Today, the Birmingham-based television news and current affairs programme, Alan covered the 1974 Birmingham pub bombings by the IRA, reporting from the wreckage caused by the attack which killed 21 people and injured another 182.

Twenty years later, working for BBC Radio Gloucester, he also reported on serial killers Fred and Rosemary West, working as special co-ordinator and reporter on the investigations at their home in the city for the following two years.

David Chapman, a former deputy editor and news editor of the Worcester Evening News, said: “Alan joined the paper in the mid-1970s as my deputy on the news desk and we hit it off straight away.

“He was a brilliant all-rounder, hard-working and thorough. Alan had the gift of seeing stories from a different angle.

“He was kind and considerate. He encouraged the younger members of staff and he could always be relied upon to turn a story in on time.

“Added to all of that, Alan was good fun. The newsroom was never a dull place when he was around and when visiting my wife in hospital after our son was born she told him to leave because he was making her laugh so much she feared her stitches might break.

Birmingham-born Alan left school at 16 and began working as a copy boy in the newsroom of the Birmingham Evening Mail.

From there, he moved to the Oldbury News, then the Warley News, Raymonds News Agency in Stoke-on-Trent and the city’s daily title The Sentinel before joining BBC Radio Stoke as a sports reporter.

After his spell at ATV he moved to to the Worcester Evening News, where he also contributed to The Green ‘Un sports edition.

In the early 1980s he joined Peterborough-based Radio Hereward and was for a short time the sports editor of the Malvern Gazette, before moving to BBC Radio Gloucester.

Alan returned to print with the Gloucester News and Bromsgrove Advertiser prior to his retirement in 2010, and continued to write reviews of productions at The Royal Shakespeare Theatre and Malvern Theatres until last year.

Fellow journalist and friend John Phillpott said: “Alan was a consummate journalist who could turn his hand to anything.

“Sub-editor, editor, sports writer, theatre critic… these are just a snapshot of the skills that he displayed over a lifetime of achievement.

“But perhaps most of all, I will miss our meetings at the theatre and over the dinner table, many of which were enlivened by what seemed to be his endless repertoire of pun-laden, excruciatingly corny jokes. Rest in peace, Alan.”

Alan is survived by his wife Val – they met when she won a beauty contest and he was one of the judges – son Ben and grandson Theo. Funeral arrangements have yet to be finalised.