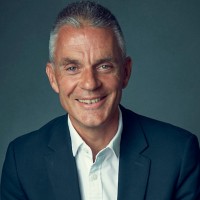 The BBC has been accused of implemeting a “postcode lottery when it comes to regional news” after revealing a series of changes to its services across England.

The corporation has revealed plans to end television news bulletins in Oxford and Cambridge, while there is set to be more programme sharing across its local radio stations.

The proposals come as part of a wider series of changes announced today by BBC director-general Tim Davie, pictured.

In a speech to staff, Mr Davie made clear the “funding challenges” faced by the corporation in terms of its local and regional output.

However, he also renewed the BBC’s commitment to the Local Democracy Reporting Service, run in partnership with the regional press industry, and confirmed plans to invest in local current affairs.

And it looks set to press ahead with a controversial scheme to create a new network of more than 100 reporters as part of a “major investment” in local journalism, despite criticism from news publishers.

Under the new plans, which have also been criticised by the National Union of Journalists, the dedicated TV bulletins from Oxford and Cambridge will be merged with those from the main South Today and Look East studios.

Niche channels such as BBC4, CBBC, Radio 4 Extra and Radio 4 Long Wave will be scrapped.

In his speech, Mr Davie said: “When it comes to our local and regional offer, which is utterly critical to the BBC, we’re going to maintain our overall investment in content, and our support for the Local Democracy Reporting Service, despite our funding challenges.

“But we will reshape our local services to be fit for the digital world – increasing the impact of our journalism online, and putting compelling local storytelling at the heart of iPlayer, Sounds and News, with a multimedia BBC presence in over 40 towns and cities.”

“At a local level, we think a small number of changes to our regional TV output can help strike a better balance between broadcast and freeing up money to invest online.

“So we are proposing to end our dedicated TV bulletins from Oxford and Cambridge – merging these services with South Today and Look East.

“In local radio, we’re going to focus our work where we get most impact – reducing the volume of some of our broadcast programming at times when fewer listeners tune in.

“We’ll do this carefully – working with our local editors – and we’ll safeguard our commitment to live sport and local news bulletins across the day.

“We will also enhance our investigative journalism across England. We’re proposing that the next series of We are England – this autumn – will be the final one.

“Instead, we will create a new network of journalists to focus on original storytelling rooted in our communities across England – increasing our investment in local current affairs.”

Paul Siegert, the NUJ’s national broadcasting organiser, said: “The proposed changes also leave the BBC with its very own postcode lottery when it comes to regional news.

“The decision to axe news bulletins in Oxford and Cambridge is a backwards move for the BBC, at a time when the director-general is stressing the importance of the BBC getting out of London and into the regions.”

Regional and national press trade body the News Media Association criticised Mr Davie for not using the speech to cancel the plan for 100 new local news reporters, called ‘Across the UK’.

Chief executive Owen Meredith said: “It is disappointing that the BBC has not taken the opportunity presented to it by the licence fee funding settlement to step back from its misguided plans to boost its own local news services, in direct competition with commercial providers.

“The Government has confirmed today that it will look specifically at the issue of the BBC’s impact on local news media as part of the mid-term review, and the NMA and our members will engage fully in this process.

“If the BBC refuses to change course, it will be important that the negative impacts of the ‘Across the UK’ plans on independent local news providers are fully understood and considered through the appropriate market impact assessment processes and the mid-term review.”