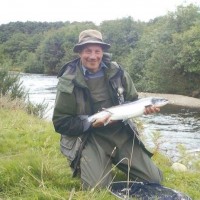 Anglers have held a fishing match in memory of a former regional daily columnist.

Alan, pictured, served as the Mail’s angling correspondent prior to his death in July 2020

He was 69 and had been suffering from cancer.

Match secretary Gary Rogers told the Mail: “Alan was before my time but I knew him as the press reporter for the fishing.

“He passed away and we wanted to do something to mark his services to angling.”

Club chairman Dave Fern added: “Alan was a very passionate man. He worked at Pirelli and moved to Derby.

“His passion was fly fishing up in Scotland. So we decided to have one match on the canal to remember all he did for not just the Burton Mutual, but for fishing in the area.”