Welsh dailies have celebrated their national football team’s qualification for the knockout stages of the European Championship.

Wales secured their place in the second round of the delayed Euro 2020 tournament despite a 1-0 loss against Italy in Rome yesterday evening.

The team’s qualification provided a splash for The South Wales Echo, South Wales Evening Post and the Western Mail this morning.

The Swansea-based Echo ran with the headline ‘Job done’ and a picture of the team celebrating in a huddle after the match. 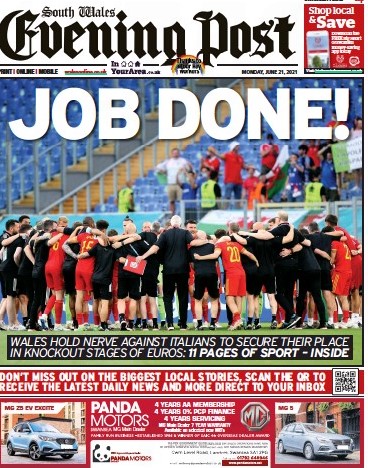 For the Cardiff-based Echo, an image of the team’s Cardiff-born captain Gareth Bale was used. 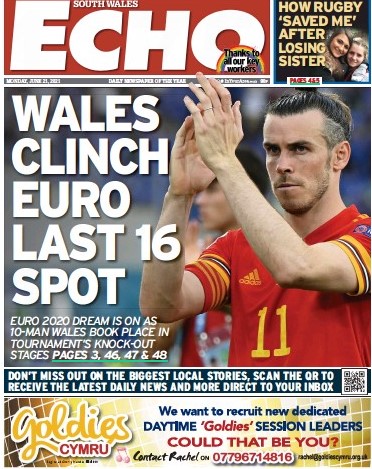 And the Mail used both pictures on its front page, noting the dream was “on” for Wales. 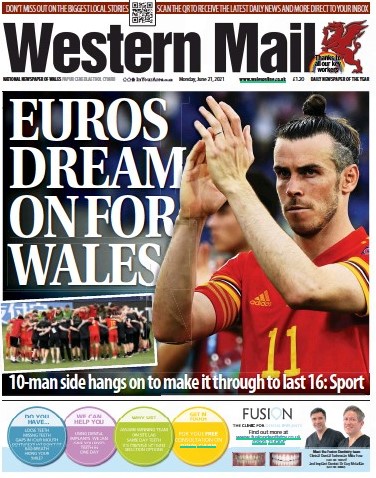 Wales will now play an as-yet undecided opponent in Amsterdam on Saturday.