The press watchdog has partially upheld a complaint against a weekly newspaper after it incorrectly reported the location of an incident attended by firefighters.

The Independent Press Standards Organisation has ruled the Harrow Times mistaking one street’s name for another that runs parallel to it represented a significant inaccuracy.

The Times had incorrectly reported some “low traffic” planters had “blocked” a fire engine in Harrow View in November last year, when in fact the obstruction was in neighbouring Pinner View.

But despite publishing a correction on this matter, Times reader Mike Robinson pursued a complaint about the story with IPSO. 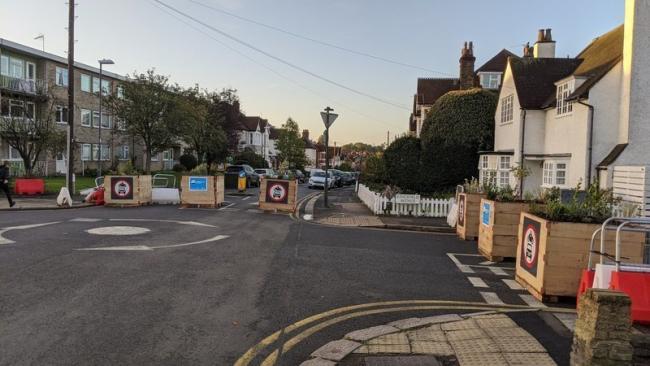 Complaining under Clause 1 (Accuracy) of the Editors’ Code of Practice, Mr Robinson said the main photograph accompanying the story showed the planters in Pinner View, but the Times failed to make this clear.

He added the Times had failed to make clear the photograph was historic and had been taken when the planters were first installed in October 2020.

The Times accepted it had, due to human error, incorrectly reported where the incident in question had occurred but said that once it had been made aware of this error by another reader, it had immediately taken steps to address it by amending the online version of the story and adding a footnote to record this.

In the absence of an acceptable photograph of the incident as it occurred, the Times said had elected to combine a Google Streetview image of the location, and specifically the planters in question, with a stock image of a fire engine in order to help to convey the essence of the story.

During the course of IPSO’s investigation, the Times provided the email correspondence it had received from the London Fire Brigade on 28 January 2021, nearly three months after the incident.

The publication’s initial request to LFB for comment on 5 November enquired about “an incident at around 6:30pm on 4 November which saw a fire engine get stuck in Pinner View, Harrow, as access was blocked by traffic-easing measures.”

The statement, provided by the LFB, reported that while responding to an automatic fire alarm sounding in a nearby street “one fire engine stopped by the planter and proceeded on foot”, adding a second fire engine took a different route to the location and did not get stuck at the planter on Pinner View.

The newspaper said that this correspondence from the LFB supported and verified the version of events it had reported.

However, in an effort to resolve the matter, the Times offered to publish a further correction to address any outstanding concerns – an offer rejected by Mr Robinson.

IPSO found the Times had incorrectly reported that the incident had occurred on “Harrow View” and, while appreciating this was clearly human error as demonstrated by the inclusion of the correct street name in the request for comment sent to the LFB on 5 November, it took the view that this was a significant inaccuracy.

However, no other breaches of Code were found as a result of IPSO’s investigation.

The complaint was upheld in part, and the full resolution statement can be found here.