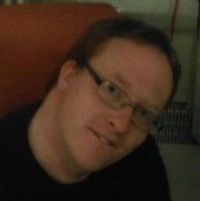 A regional journalist successfully fought to name a dead victim of alleged sexual abuse after her murderer’s lawyers argued she was still alive and therefore entitled to anonymity.

Peterborough Telegraph chief reporter Stephen Briggs, pictured, has revealed how both he and PA had to battle to identify Bernadette Walker, whose adoptive father Scott Walker was found guilty of her murder at Cambridge Crown Court.

Bernadette was last seen on 18 July last year after she made allegations the defendant had been sexually abusing her, but her body has never been found.

Walker’s defence had argued at the start of his trial that as their case was that Bernadette was still alive, she was automatically entitled to lifelong anonymity.

Revealing the courtroom battle on Twitter after 51-year-old Walker’s conviction on Monday, Stephen wrote: “There was an interesting side note at the start of the trial – something that could have meant we were not able to cover the trial at all, but PA and ourselves approached the court to make sure we could.

“Basically, as you may be aware, if anyone makes allegations they have been sexually abused, they are given automatic lifelong anonymity.

“In this case, Bernadette had made those allegations, and would be entitled to that anonymity.

“The defence case was that she was still alive, and would still be entitled to that anonymity. When we approached the judge, the court said it was a situation that no-one had come across before.

“If the judge had agreed with the defence that until a guilty verdict came in on murder, Bernadette should be treated as being alive, we would effectively not have been able to report the case.

“However, the judge said we were able to report that aspect of the case.”

Bernadette, 17, had told her mother Sarah in July last year that Scott Walker had been abusing her “over a number of years” and a diary of hers was later found which also detailed the allegations.

Sarah Walker, 38, was convicted of perverting the course of justice, as was her ex-partner, and the trial heard the former couple, who were not together at the time of Bernadette’s disappearance, had formed an “unholy alliance” to cover up her death.

Scott Walker will be sentenced for Bernadette’s murder on 10 September.