A reader’s complaint over a story was rejected by the press watchdog after the charity mentioned corroborated a regional daily’s coverage.

Alan Webb complained to the Independent Press Standards Organisation over a story published by the Northern Echo about live music and entertainment at Hardwick Hall Hotel, pictured below.

Mr Webb, a resident who had been disturbed by the noise from the events, took issue with the Darlington-based Echo’s claim the events were “in aid of” a charity.

But IPSO dismissed his complaint after the charity itself provided proof it had fundraised at the events. 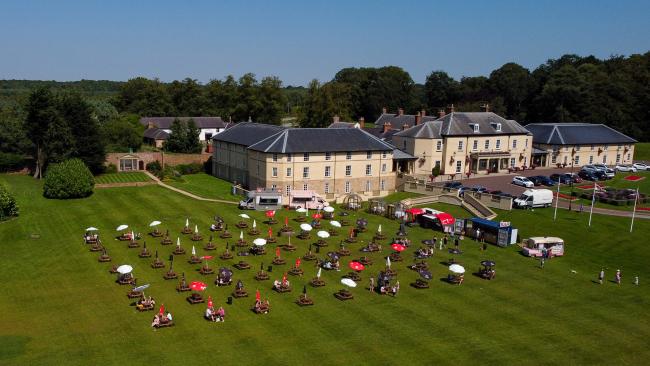 Complaining under Clause 1 of the Editors’ Code of Practice, Mr Webb said not all events described in the story as having taken place “over the next three weeks” were in aid of the charity because the organisation’s Facebook page showed only two of the events, while it was only selling tickets for these two events.

He claimed the story would mislead readers into believing that all of the money raised from the whole series of events would go to the charity rather than the hotel.

Denying a breach of Code, the Echo provided provided IPSO with emails from the charity confirming the accuracy of its coverage, messages between a representative of the charity and a reporter asking for coverage of the events and paying-in slips showing that the charity had fundraised and subsequently banked monies raised from raffles conducted at some of the events

It also provided photographs showing representatives of the charity present at the events and a poster advertising the events, which stated that two of the events were “in aid of” the organisation and also included its logo at the bottom of the poster.

He also noted that the poster provided by the Echo showed only two events which were explicitly said to be “in aid of” the charity.

IPSO found the charity had not disputed the accuracy of the story and had substantiated the Echo’s report of the events.