Two weekly newspapers have been cleared by the press watchdog over their coverage of a New Year’s party held by school staff which prompted allegations that they breached Covid rules.

The Basingstoke Gazette carried the story on its website on 5 January under the headline ‘School staff accused of holding New Year’s Eve party’ while a similar report appeared in Newsquest sister title the Andover Advertiser three days later.

The stories described how a parent had reported members of staff from two local schools for a possible Covid-19 rule breach after photographs appeared on Facebook allegedly showing them enjoying a New Year’s Eve party together.

It quoted the concerned parent as saying: “The post clearly shows a New Year’s Eve party indoors with zero social distancing and zero regards to ours and other children and families”. 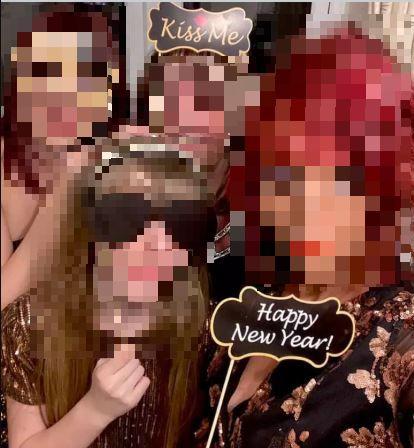 One of the heavily pixellated Facebook images used in the story

However the stories prompted complaints to the Independent Press Standards Organisation that the titles had breached clauses 1 (Accuracy), 2 (Privacy), 6 (Children) and 9 (Reporting of Crime) of the Editor’s Code.

The complainant, Charlotte Cohen, who attended the gathering and was pictured in the photographs, said the article breached Clause 1 as she considered that it wrongly alleged that she and her family had breached Covid rules.

Finally, the complainant said that by alleging a breach of Covid rules, leading to hostility from members of the public, the article had also breached Clause 9.

Neither publication accepted it had breached the Code, stressing that they had not claimed as fact that the complainant and her family broke lockdown rules, but rather that there had been allegations of a rule break.

A reporter had contacted a local councillor, the police, county council and the schools that employed Ms Cohen and her sister and the county council confirmed that the matter was being investigated.

With regard to the privacy complaint, the publications accepted that the photo had been shared to around 140 Facebook friends of the complainant’s sister, one of whom had forwarded the post to them.

However they noted that they had pixellated and not named the individuals in the photographs, and denied that any children were visible in them.

In its ruling, IPSO said the articles did not claim as fact that Mr Cohen or her family had broken lockdown rules, rather it clearly distinguished these claims as allegations made by a parent on the basis of the photographs, which it republished.

It said that in the light of the fact that the publication had presented the claims as such and had taken appropriate steps to verify them before publication, there was no failure to take care over the accuracy of the article and so there was no breach of Clause 1.

On the privacy issue, the complaints committee said the intrusion into the complainant’s private life caused by the publication of the photographs from the Facebook post was limited given the extensive pixellation and justified by the public interest of illustrating alleged wrongdoing.

The complaints were not upheld. The full rulings can be read here and here.