War photographer who started out at regional daily dies aged 80 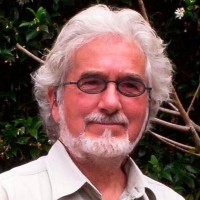 A war photographer who began his career on a regional daily has died aged 80.

Tributes have been paid to Tony McGrath, who started out at the Belfast Telegraph and went on to become picture editor of The Observer.

Tony, pictured, often returned to Belfast during The Troubles and also covered the Bangladesh War of Independence and the Yom Kippur War.

He went undercover to document the lives of black people in apartheid South Africa, while his images of starving children in Ethiopia helped to pave the way for the Live Aid movement.

One of these images even won Dublin-born Tony the photograph of the year accolade at the British Press Awards in 1984.

Friend and colleague Alwyn James was a Bel Tel photographer from 1966 to 1979.

He told the newspaper: “It didn’t take people too long to realise how talented he was and he soon went off to London and the rest is history.

“One of the funniest things I remember was standing beside him at one of these Paisley rallies at Belfast City Hall.

“He was trying to climb up on a plinth, and he just said in his wild Dublin accent ‘could somebody help me up here’.

“You should have seen the crowd looking at him. It was unheard of to have Dublin photographers in Belfast at the time. It changed of course when The Troubles started.”

Tony emigrated to Australia in 1993 when his wife Sue was offered work by the Sydney Opera House.

He died there, having suffered from acute myeloid leukaemia.