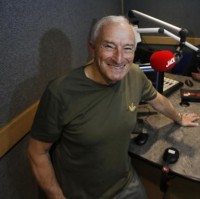 A national TV broadcaster has offered his “great gratitude” to the regional newspapers where he trained.

Jim Rosenthal has discussed his time training on the Oxford Mail and Oxford Times as he prepares to host a new local radio programme.

Jim, pictured, worked for the Mail between 1967 and 1971 in his first journalism job.

He spent time as a district reporter in Thame, before his final 18 months saw him get his first taste of sports reporting.

He told the Mail: “The Oxford Mail and Oxford Times trained me so I will always owe the papers a great gratitude.

“It was a real good journalistic training and I’ve used the principles every day in my career since.

“It was great having the old hands train me and working to a deadline helped me work quickly in order to beat those deadlines.”