Troll sentenced for urging journalist to kill herself 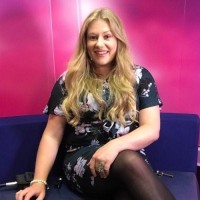 An online troll who told a journalist to kill herself and accused her of being a “Nazi supporter” has been hauled before the courts.

Elizabeth O’Brien has been sentenced over the abuse sent in an email to Hull Daily Mail journalist Anna Riley, whose address she also threatened to publish.

Since the incident, Anna, pictured, has moved on to a new role covering Yorkshire and Humberside for GB News.

O’Brien, 31, pleaded guilty to one count of sending malicious communications at Hull Magistrates’ Court and was made the subject of a community order where she must carry out 80 hours of unpaid work.

It is understood the email was sent in response to a story about a Labour councillor in Hull who defended comments she made just hours after Prince Philip died.

The court heard on Tuesday how O’Brien sent her email to Anna on 12 April this year after the story was published, prompting a police investigation.

In it, she wrote: “Hi Anna, I feel like comments should be monitored more. Now that I have your attention you racist scum bag.

“Why are you attacking [redacted councillor’s name?] Is it because she called you out publicly for putting out a very racist piece Anna?

“You dirty racist fat c***, even your [redacted] boyfriend can’t stand you because you’re a needy fat s*** who lives on takeaways. Bunch of nasty racist dirty scumbags. Go kill yourself you racist scumbag.

“I also know you live in the [area of Hull the defendant assumed the reporter lived at the time] and will share your info via social media if you do not remove your hate filled racist article regarding the wonderful [redacted councillor’s name].

“You are clearly a Nazi supporter, nobody gives a f*** about the Nazi/paedo royals apart from white supremacists such as yourselfs at hdf.”

O’Brien was told she must also pay £100 in compensation and court costs of £85 as part of her sentence.

Anna told the Mail: “The email left me sick to my stomach and was an especially shocking response to me just doing my job.

“By all means it is completely legitimate for people to have an opinion on the stories I write or the topics that I cover, but not when it becomes personal.

“As journalists we are in the public eye but our role is to hold those in power to account, help people find justice and celebrate the wonderful events and heartwarming stories that happen in our community.

“Being trolled and having our safety and security threatened on top is just not something that anyone should have to deal with, no matter what their job. Despite the harm it can cause, trolling still goes on day in, day out online and has no signs of abating any time soon. Tragically people have even taken their own lives as a result of the hate they have faced.

“People seem to be under the impression that you can say anything online and get away with it, but you can report abuse you receive to the police and I would encourage it so that these spineless individuals get punished and the message gets spread that it’s not okay to troll.”

Anna went on to praise Humberside Police for taking her complaint seriously.

She said: “They managed to trace down the troll through her email address, interviewed and pushed through a successful prosecution that has led to her being punished before the courts.

“By all means, give feedback online and when we are in the wrong as journalists we will hold our hands up and apologise but just remember, be kind. We are human after all.”

Jamie Macaskill, editor at Hull Live and the Hull Daily Mail, told HTFP: “The team and I are grateful to see a fair outcome and would like to thank Humberside Police and the Crown Prosecution Service for acting so decisively and swiftly.

“It is encouraging to see an increasing awareness from the police about the real impact this type of abuse can have on people.

“The targeting of any reporter for their journalism is also particularly sinister.

“We expect civil debate and criticism over our coverage but the extreme, toxic and violent nature of this kind of response is never acceptable.”