Top judge steps in after journalists barred from possession courts 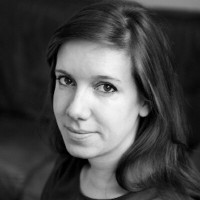 A top judge has intervened after regional journalists were barred from court hearings amid regular access issues.

Master of the Rolls Sir Geoffrey Vos, who heads the civil justice system in England and Wales, has written to judges reminding them that journalists can attend all public hearings after seven incidents involving journalists from The Bureau Local over a two-month period.

The reporters were all attending possession hearings, which should normally be held in public, when the barrings took place.

In other instances, The Bureau Local, part of the Bureau of Investigative Journalism, has revealed lawyers for mortgage lenders regularly objected to their presence and attempted to have details of cases blocked from publication.

In a piece about the issue, Bureau investigative journalist Maeve McClenaghan wrote: “Over two months the Bureau logged seven occasions when reporters were stopped from attending any hearings at all, in six of those they were told, incorrectly, that hearings were always held in private.

“In one instance, a judge at a London court said he would not allow our reporter in without a signed and stamped letter from the top regional judge.

“In Birmingham, the Bureau’s reporter was blocked from sitting in on hearings because Covid-19 precautions meant the size of the room was only suitable for three people other than the judge – a rule that would have been breached if both the landlord and tenant had turned up with legal representation.”

The Bureau undertook the possession court reporting project, which saw reporters visit 30 possession courts on 110 occasions over the summer, after realising that no official data is collected on who attends possession hearings in England and Wales, nor on their circumstances.

Maeve, pictued, went on to say the source of disagreement over access was often over the wording of the civil procedure rules – updated in 2019 – which state that hearings should be public and can only be ruled private in certain circumstances.

One of these includes where there is “confidential information (including information relating to personal financial matters)”.

She added: “Some judges took this to mean all hearings should be private – as all hearings would likely include details of rent or mortgage arrears. However, this is not the case – as confirmed to the Bureau by senior members of the judiciary.”

“In some cases judges agreed with lawyers representing banks and ejected reporters from their courtrooms, without issuing any specific order, despite that being mandated in the practice directions.

The Office of the Master of the Rolls told the Bureau: “The general position that hearings are public remains applicable in possession hearings.”

A spokesperson for HMCTS added: “We are committed to the principle of open justice and transparency. Where operational issues are brought to our attention we work swiftly to resolve them.”