Three regional dailies saluted an English football “legend” on their front pages after his death aged 72.

The Leicester Mercury, Huddersfield Daily Examiner and Bolton News all paid tribute to Frank Worthington, who was capped eight times by England during his career.

Mr Worthington, who spent six years with Huddersfield Town before moving to Leicester, where he played when he won his England call-ups, and later Bolton Wanderers and a string of other clubs.

His death on Tuesday prompted the Mercury, which said he “hit the headlines as much for his off-field exploits as his rarefied talents on it”, to splash on tributes to him the following morning. 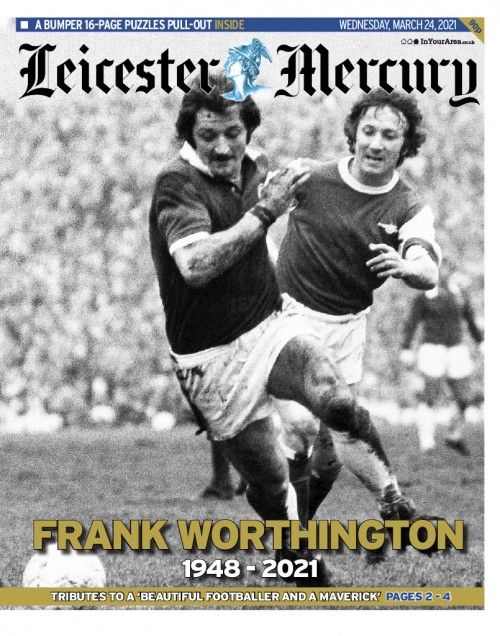 The Examiner did likewise, with editor Wayne Ankers describing Mr Worthington as a “legend” on Twitter. 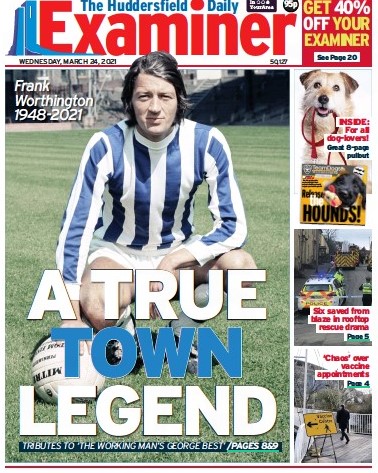 And the News described as “the rock ‘n’ roll footballer who captivated fans”. 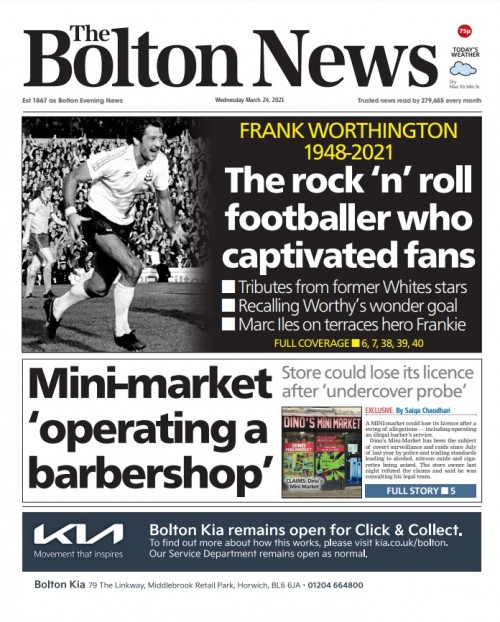