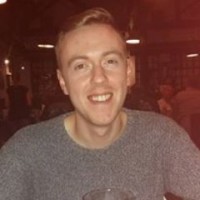 Police have refused to tell a weekly newspaper why 13 sex offenders were jailed in case “harm would be caused” by the information’s release.

It comes after the force took five months to respond to a Freedom of Information request by the Kettering-based Telegraph about the offenders winning the right to stop registering their details on the Sex Offenders Register.

Senior journalist Sam Wildman, pictured, asked in the request for the force to confirm, for all 13 successful applications, the offences which led to each criminal being placed on the register in the first place.

But in response, the force told Sam the information could not be released unless there was a strong public interest because it would breach GDPR and data protection rules, adding it classed “personal data” as anything that is biographical and/or affects the person’s privacy.

Sam, who now plans to appeal the decision, told HTFP: “All of these sex offenders were sentenced by a judge to an indefinite time on the register for good reason.

“Police may believe they no longer require monitoring under the notification requirements and they’ve no doubt considered the applications carefully but, with no public scrutiny of each decision, we felt it was important that those in Northamptonshire at least knew what they were originally convicted of.

“Deciding to take a child rapist off the register for example, whatever their current behaviour or deemed risk is now, would clearly take some explaining.

“Northamptonshire Police have refused to provide this information, despite giving us a specific offence and date when we asked the same question using FoI a few years ago.

“We regularly take calls from criminals who wrongly believe we can’t report their name because of GDPR.

“Now we have a police force who say they can’t even tell us what an anonymous sex offender was convicted of because it’s personal information.”

The decision has also been criticised by Northamptonshire Rape Crisis, whose chief executive Dawn Thomas told the Telegraph: “The sex offenders’ register should function as a way to help protect the public from harm.

“With the large majority of sex offenders [who apply] removing themselves from the register, there is a risk that dangerous individuals who will no longer be adequately monitored by the appropriate authorities, may re-offend.

“Although we do not have access to the precise nature of each offence, perceived ‘lower-level’ sexual offences should be taken very seriously, can be harmful and traumatic for the victims and survivors, and are often indicative of toxic and misogynistic attitudes which form the basis of further serious sexual offending.”

A sex offender is able to apply for removal from the Sex Offenders’ Register after fifteen years, following an amendment to the Sexual Offences Act in 2012.

A force spokeswoman told the Telegraph: “The decision to ratify a person being removed from the register is a very carefully considered one that involves an investigation into the offender’s original offence, their current circumstances, how they have behaved since being placed on the register and whether they pose a risk of reoffending.

“The victim of their original crime is also consulted as part of this process.

“If they satisfy the criteria set out, the application has to be signed off by the individual’s offender manager and then the force’s Detective Inspector of the MOSOVO [Management of Sexual or Violent Offenders] team. It is then sent to a detective superintendent to consider and either sign off or decline.

“In the last two years, 13 people have been removed from the sex offenders ‘register having submitted an application, which equates to 1.05 per cent of the total number of offenders managed.

“We will continue to focus our resources on the individuals that present the greatest risk of harm to the public in order to keep people safe.”

In May this year, HTFP reported how freed child rapist and murderer Adam Stein had been placed on the Sex Offenders Register thanks to a campaign by the Telegraph.