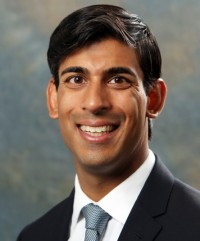 The trade body for the regional and national press has warned Chancellor Rishi Sunak title closures are “imminent” if he does not extend rates relief for newspapers.

The News Media Association has renewed its call for the scheme to be extended in England and Wales after the Scottish National Party administration at Holyrood confirmed last week it would continue for 12 months in Scotland.

Ahead of the 3 March Budget, the NMA says such a move “would provide a vital boost for local journalism”.

Financial Secretary to the Treasury Jesse Norman has said officials are examining the ideas for support laid out in a letter from the NMA to Mr Sunak, pictured.

In a statement, the NMA said: “Rates relief schemes are in place for local newspapers in both Northern Ireland and Scotland but so far the UK Government has yet to implement the scheme, which would provide a vital boost for local journalism.

“The Scottish Government announced this week that newspapers will benefit from 100 per cent relief for a further 12 months after Holyrood voted for rates relief for local newspapers to be extended.

“The motion for debate was tabled by Conservative MSP Graham Simpson.

“The News Media Association has called on the Chancellor to extend the business rates relief scheme for local newspapers, warning that title closures are imminent if Government support for the industry is not forthcoming, as part of a package of measures to support the industry.”

In his letter to the NMA, Mr Norman said: “I am also grateful to you for drawing to my attention the issues set out in your submission ahead of the Budget. My officials are examining your ideas and suggestions.

“The Government keeps all tax policy under review and regularly receives proposals for sector-specific tax reliefs.

“When considering any new tax reliefs, HM Treasury must ensure they provide support to businesses across the economy in a fair way and represent good value for money for the taxpayer.

“While it would not be appropriate to respond in detail to the points you make at this stage, I can assure you that your suggestions have been noted.”