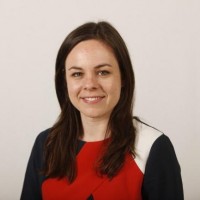 Newspapers are celebrating after the Scottish Government performed a U-turn on a planned end to rates relief.

The Scottish National Party administration at Holyrood has confirmed it will extend the scheme for 12 months in a move thought to be worth around £4m a year to the sector.

HTFP reported last week how newspaper bosses in Scotland had warned of an “immediate crisis” facing the industry over the planned end 100pc relief for media organisations at the end of March.

Opposition parties in Holyrood then passed a motion by Conservative MSP Graham Simpson calling on the SNP to continue the scheme.

Confirming its continuation, Finance Secretary Kate Forbes, pictured, said: “When I presented our budget last month I guaranteed to extend non-domestic rates relief further if I was given the necessary resources.

“I can now deliver on that promise, providing the UK Budget in March delivers the funding we require.”

Scottish Newspaper Society director John McLellan told HTFP: “We are both delighted and also relieved that the Scottish Government has accepted the will of Parliament and recognised the massive challenges facing independent news publishing in Scotland and this will go a long way to ensuring that titles large and small can survive what remains an extremely precarious financial landscape.”