Stalker’s complaint over story based on police press release rejected 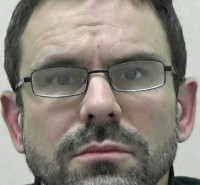 A prisoner’s complaint about a regional daily’s coverage of his sentencing has been rejected after it was ruled the newspaper was entitled to rely on a police press release about the case.

The Independent Press Standards Organisation has found in favour of Newcastle daily The Chronicle after Steven Jon Hewitt, pictured, took exception to its story on his hearing.

Hewitt was sentenced to 22 weeks in prison after being convicted of stalking and The Chronicle reported he had “been jailed after he sent his victim lewd texts, hid in the bushes outside her home and threatened to burn her building down”, adding “after he appeared on the doorstep of [his victim’s] flat block, pressed the buzzer and then hid in some nearby bushes”.

It also reported that in court he admitted “to rooting through her handbag while she wasn’t looking and finding a bill with her address on” and described Hewitt as an “obsessive stalker”.

Complaining Clause 1 (Accuracy) of the Editors’ Code of Practice, Hewitt said he had not admitted in court to going through his victim’s handbag.

He added the judge had accepted he had not hid in the bushes, and noted that online maps showed that there were not any bushes outside of the house.

Hewitt further claimed the description of him as “obsessive” was inaccurate because this was a psychological evaluation it could not substantiate.

In response, The Chronicle said it had based its story on a press release published by the police, and that this stated Hewitt had admitted “to rooting through [his victim’s] handbag” and hiding in bushes.

Upon receipt of the complaint, the newspaper contacted the police, who amended the press release removing the reference to rooting through his victim’s handbag.

The Chronicle subsequently amended the online story and added a footnote correction, but noted the police had not made an amendment to the point about Hewitt hiding in the bushes outside of his victim’s house when challenged, and therefore it was not a breach of Clause 1 to include this.

It also said that the term “obsessive” was frequently used by newspapers, and was not an inaccurate characterisation of Hewitt’s actions.

IPSO found The Chronicle was entitled to rely on the press release and by doing so had taken care not to publish inaccurate information, but noted while police press releases carry qualified privilege, they do not carry a guarantee of accuracy and corrections should be noted, and where significant, replicated by the newspaper.