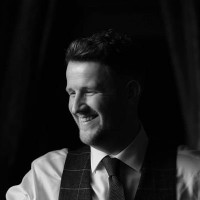 A regional sports journalist has called for a football arbitration case to be held in public.

Liam Kennedy, Newcastle United writer at the Shields Gazette, has claimed there would be a “massive public interest” in the details of a commercial dispute involving the club being heard.

The club’s potential sale to a Saudi-led consortium is currently in the hands of an arbitration panel after the Premier League rejected a £340m bid last year.

Arbitration, including the award, is private and confidential by default, with the result not usually being made public unless the parties involved agree or unless the result is mentioned in related court proceedings.

Liam, pictured, made his call for transparency while speaking to the Football FanCast website, saying the process should “be played out in the public domain”.

He added: “Arbitrations are often private but I would certainly argue that this arbitration and the anti-competition, which would be public if it gets to run, is of massive public interest because it’s not only about can Newcastle United Football Club be owned by a certain owner?

Proceedings are due to take place in early 2022.