The Society of Editors has announced new measures aimed at increasing its commitment to diversity in journalism.

The Society is to make a £7,000 donation to the Journalism Diversity Fund, creating a bursary scheme for aspiring journalists who do not have the financial means to support themselves through journalism training.

The SoE has also revealed it is building an online ‘Diversity and Inclusion Resource Hub’ – a digital reference guide that will give essential information, advice and contact numbers to share the industry’s work in this field. 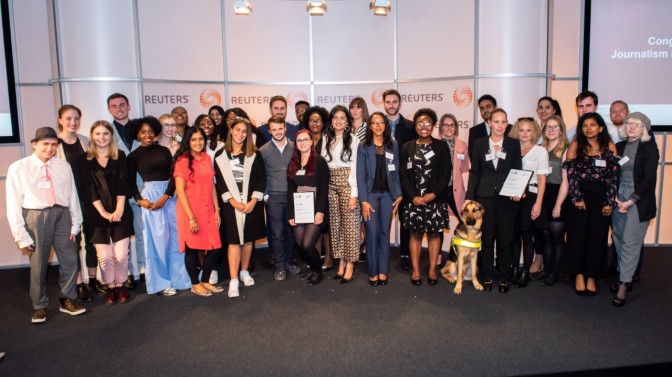 Recipients of the JDF

The Society’s work in this area is being overseen by a diversity and inclusion subcommittee.

A spokesperson for the Society of Editors said: “The Society is delighted to be making a donation to the Journalism Diversity Fund, which does fantastic work in enabling under-represented talent to unlock a career in journalism.

“Furthermore, our work on a Diversity and Inclusion Resource Hub will aim to boost the opportunities for both aspiring and current journalists to progress in their chosen careers.”

Ian’s resignation came after his strongly-worded rebuttal of the Duke and Duchess of Sussex’s claims of racism in the UK media was widely criticised by national and regional journalists.

At the time, he announced he had decided to step aside to help the SoE “rebuild its reputation” following the controversy.

The Society becomes the third supporter of the JDF to come on board this month, and the seventh new supporter in 2021.

Joanne Butcher, chief executive of the National Council for the Training of Journalists, which oversees the JDF, said: “It’s heartening to see the Society of Editors making an increased commitment to diversity and inclusion by making its first donation to the Journalism Diversity Fund.

“The fund’s establishment was announced at the Society of Editors’ conference back in 2005 so right from the start the Society has always been a supporter in kind.

“Making a financial contribution strengthens that commitment to work with us as we expand the support we can offer to prospective journalists.

“We know only too well from our recent research how much further the industry has to go to be genuinely diverse and inclusive, which is why we have been working hard to encourage more media organisations to back our tried and trusted scheme.”