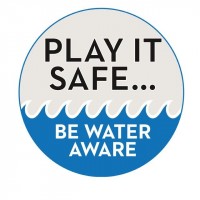 Sister newspapers have united to call for readers to “play it safe” in the water after the death of a young man.

Archant’s daily titles and coastal weeklies across Norfolk and Suffolk have joined forces for the ‘Play It Safe, Be Water Aware’ campaign, which aims to highlight the dangers posed by the seas of their patches.

The campaign, backed by the Royal National Lifeboat Institute and the Broads Authority, comes after 20-year-old Radek Gina died last month after getting into difficulty while swimming in a lake at a park near King’s Lynn.

EDP editor David Powles said: “Norfolk and Suffolk are blessed with some wonderful places to enjoy water, with miles and miles of stunning coastline and the beautiful Broads.

“However, in recent years there have been several signs that perhaps people are not fully aware of the dangers which can lay beneath and are not fully preparing themselves before going into the water.

“In 2020 we sadly saw several tragedies both on the coast and inland and already this summer there has been one tragic death of a young man.

“We want to spread more awareness to those looking to enjoy our waters and hope this campaign will do just that, plus encouraging shopkeepers and businesses in popular areas to display our specially designed posters.”