Two sister dailies have launched a call for action after covering six deaths in a month at the same location.

The Hull Daily Mail and Grimsby Telegraph, along with their Hull Live and Grimsby Live sister websites, have called on those in authority to act to prevent more tragedy after a series of deaths at the Humber Bridge.

The Humber Bridge Board has now moved to shut both footpaths on the bridge indefinitely.

The Mail splashed on the campaign’s launch on Monday, pictured below. 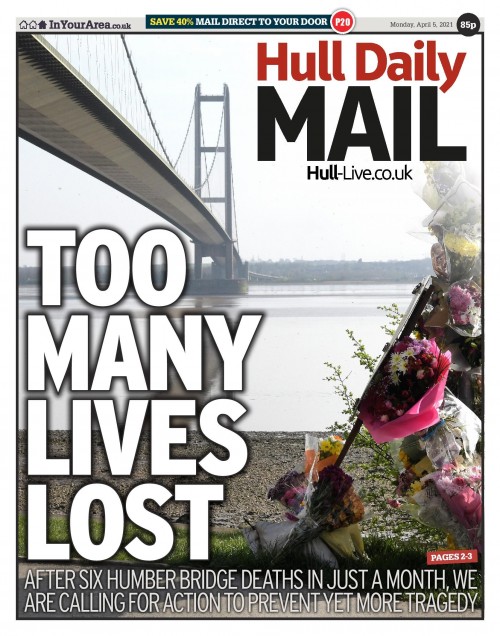 In a piece about the campaign’s launch, Hull Live senior reporter Nathan Standley wrote: “Saturday’s decision to close both footpaths on the bridge was derided by some.

“But for bereaved families, it was long overdue or simply not enough.

“Whatever your view, it served as a sobering wake up call that something must be done.

He added: “With the tally too great to ignore any longer, we’re joining forces with our sister title Grimsby Live to shine a light on the issue and campaign for more to be done.”