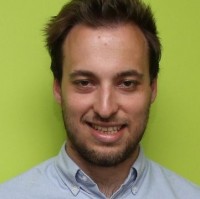 A new London-wide news website has launched with an exclusive interview and endorsement from Sadiq Khan.

The Mayor of London spoke to JPIMedia’s London World ahead of its launch this morning and praised the “vital role” of local news outlets across the capital.

It will be edited by Ralph Blackburn, pictured, who was recently involved with launching PA’s Radar AI robot reporting project.

Speaking to London World, Mr Khan said: “Local news has never played a more important role than it does today, so I am delighted that London World is launching.

“Local news outlets also play a vital role in holding people such as myself to account and reporting on the most crucial issues in the capital.

“I am delighted to support LondonWorld and wish the title the best of luck as it launches.”

In sport, the site has vowed to cover football clubs “from Arsenal and Chelsea to Clapton FC and Dulwich Hamlet”.

Coverage will be headed by Rahman Osman, whose appointment by JPIMedia was recently covered by HTFP.

Ralph said: “With the city emerging from the turmoil of the coronavirus pandemic, never has an independent and informative press been needed more.

“There are dozens of urban villages, with different cultures and communities, which make London the brilliant melting pot it is.”

Further ‘World’ launches are set to follow in Birmingham, Bristol and Wales.

The new site will compete for London-wide digital news traffic with Reach plc-owned My London and the Evening Standard website www.standard.co.uk.