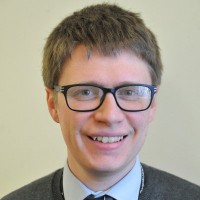 The Rotherham Advertiser teamed up with JPIMedia’s Sheffield daily The Star and its weekly sister title the Doncaster Free Press in order to successfully get reporting restrictions lifted by a judge.

As a result, they were able to name killers Taylor Meanley and Arlind Nika, aged 17 and 16 respectively, after they were jailed for their involvement in the fatal shooting of rival gang member Lewis Williams in the Yorkshire town of Mexborough.

The Star and Free Press backed an application by Advertiser reporter David Parker to get the restrictions, made under Section 45 of the Youth Justice and Criminal Evidence Act 1999, lifted at the pair’s sentencing.

Sheffield Crown Court had heard how driver Jack Parkes, gunman Meanley, and passengers Joe Anderton and Nika were in a stolen Jaguar car in Mexborough with a shotgun when 20-year-old Mr Williams was shot in the head and neck and died on 11 January this year.

A trial jury found Meanley, who fired the shotgun, and driver Parkes both guilty of murder and they also found Nika and Anderton guilty of manslaughter.

David, pictured, told HTFP: “I made this application in the hope that by publishing the names of two of Lewis Williams’ killers it would act as a deterrent to other teenagers from getting caught up in the scourge of gun crime and gangs.

“Taylor Meanley and Arlind Nika were involved in a tragic killing which shocked an entire community and we believed our readers had a right to know who they were.

“Thankfully, the judge agreed to our request – recognising the great anguish both defendants had caused to the community and the fact that others like them may be discouraged by the long sentences they were given.”

Advertiser editor Andrew Mosley added: “This shows how vital it is that newspapers and media in general staff courts and council meetings to ensure the public interest is served.

“The more the industry sacrifices the attending of courts and local authority meetings the more will be waved through behind closed doors and go unopposed without the community’s knowledge or input.

“In this case it was vital the people of Mexborough and the wider area were made aware of those involved in this awful and violent killing.”

Star court reporter Jon Cooper explained his own paper’s role in overturning the order in a piece about the trial.

He wrote: “The Sheffield Star and Doncaster Free Press supported the Rotherham Advertiser’s successful application to have the reporting restrictions lifted in the interest of open justice so both defendants could be identified.”

“The Star argued the reporting restrictions should be lifted on the grounds of the serious nature of the offending and with lengthy sentences this would not impinge on any rehabilitation.

“We also argued that naming the defendants would serve as a deterrent and that the benefit to the public interest outweighed any benefits the defendants might gain by remaining anonymous. The Star stated that those from the area may already be aware of the identities.”

Judge Jeremy Richardson QC imposed life custodial sentences for Meanley and Parkes and they must both serve a minimum term of 27 years, and Anderton and Nika were each sentenced to 12 years of detention.

Backing the application, the judge told the court: “The interests of justice demand that the general public know who has committed this very serious series of crimes arising from a single day in January 2021 in Mexborough.

“It is important that local people know the identity of members of their community who perpetrated serious crimes have been brought to justice and are no longer a menace in their community.”