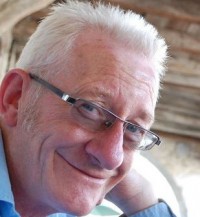 A retired daily journalist has written a new book about his memories of being a pub columnist for the newspaper.

Chris Arnot, who served as assistant editor at the Coventry Telegraph, has written ‘Lockdown reflections on a ‘Pubscrawling’ past’.

Chris used to produce a column for the Telegraph called ‘Pubscrawl’ which featured characters from both sides of the bar.

In the book, he explains how writing his column helped him begin to love Coventry after he moved there from Nottingham in 1981.

Chris, pictured, wrote in the book: “I was in my early thirties with a wife and three small children.

“It took a while to get the family settled in Coventry, but I remain grateful to get back into newspapers – not only running a department on a decent salary but writing two regular columns.”

The book will be availabe at various high street outlets in Coventry as well as Kenilworth Books and the Coventry branch of Waterstone’s.