A daily newspaper has set the record straight after a YouTuber created a faked video of a shark in a bid to deceive the regional and national media.

The TikTok video of the supposed shark off Brighton beach went viral at the start of this month and was covered by national news titles including the BBC and Daily Star.

Brighton daily The Argus covered the story at the time after the video’s creator Ty Coates provided a false account of what he had seen, but the newspaper also sought views from shark experts to determine whether the footage was genuine.

The newspaper has since confirmed the story was “fake news” after Mr Coates published another video in which he owned up to the prank. 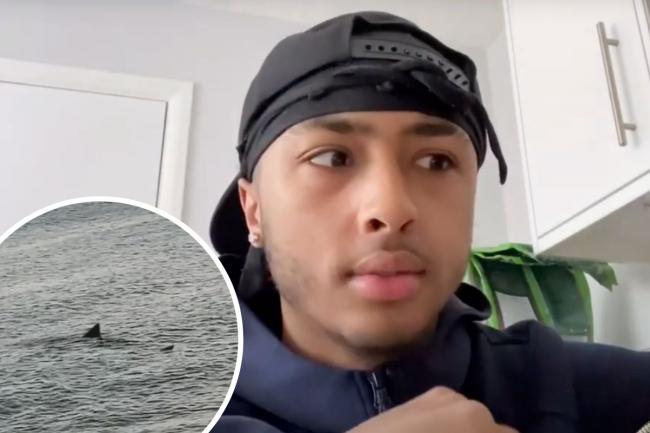 YouTuber Ty Coates and, inset, a still image of the faked footage

Argus reporter Connor Stringer told HTFP that the experts consulted by the newspaper had quickly determined that it was an “obvious fake.”

Added Connor: “We then went to try and hunt down this chap and find out what his motive and intentions were.

“We came across his YouTube channel and it was quite frustrating because we try quite hard to battle fake news but we’ve got someone here trying to stop people coming to the city by scaring them with a fake video of a shark.

“He wasted our time and tried to make our reporters look stupid. This was a three-year idea he had. It’s not on and something we want to crack down on.”

The Argus has since attempted to track down Mr Coates, who had paid £37.62 for someone to make the phoney video.

In the second video in which he confessed to the faked footage, Mr Coates states: “The city where many tourists come to visit, well not for long after they find out Jaws 3 is happening on their very own beach.

“They’re all going to be gone, all because of me.”